Mini Apple Pies have the sweet and soft filling with crispy pie on the outside. It’s simple to make and takes less than 20 minutes. It’s one of my favorite dessert recipes. 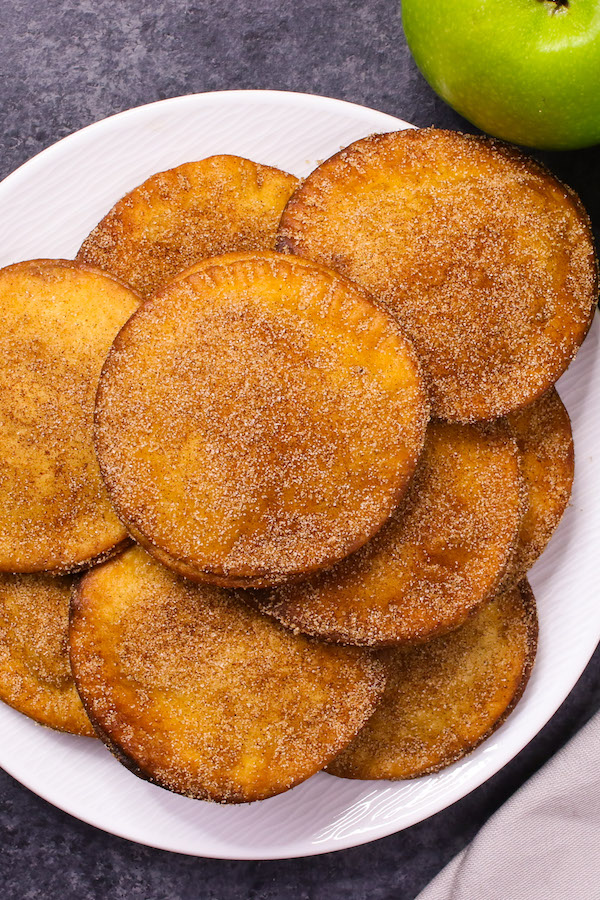 I used flour tortilla instead of the pie crust for a quick and easy recipe. It’s so easy to make with a few ingredients you already have in your pantry: 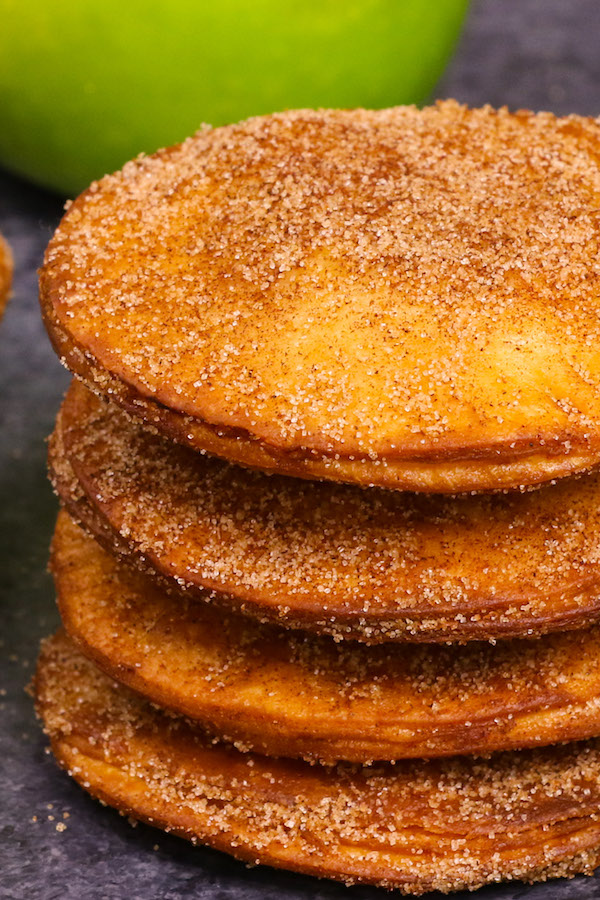 Apple Pie Filling is easy to make and you can store it in the freezer. Here is how to make it:

Wash, peel and cut apples into small pieces. Mix them with lemon juice and cinnamon sugar. Then in a saucepan over medium heat, add butter and the apple mixture. Cook until apple pieces turns brown and soft. If you are in a rush, add the water and cornstarch mixture. It will thicken much faster.

HOW TO MAKE MINI APPLE PIES 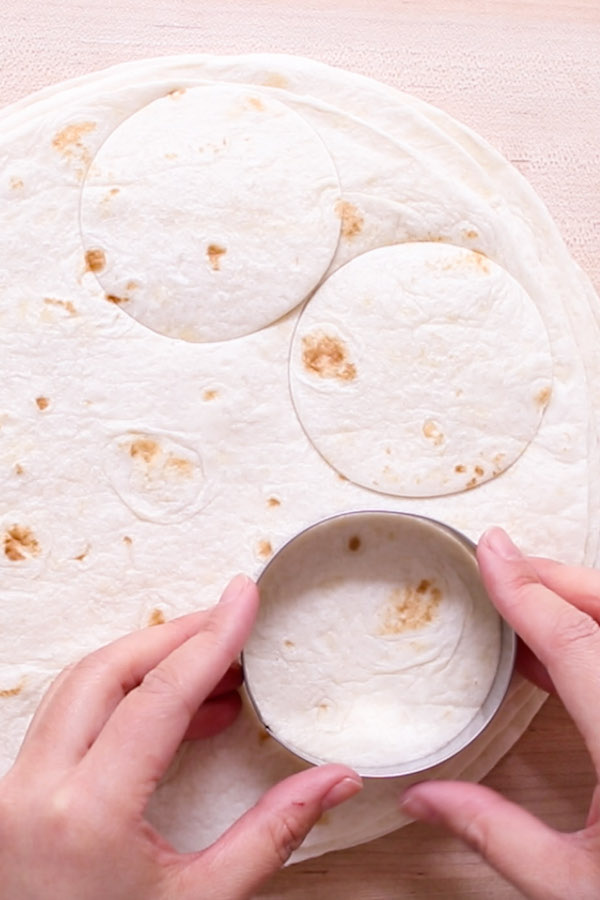 First cut flour tortillas using a round cookie cutter. Add 1 tablespoon of the apple mixture to the middle of a tortillas piece, leaving 1/2 inch border, then add egg wash to the border. Place another tortilla piece on top and use a fork to press together edges of each. 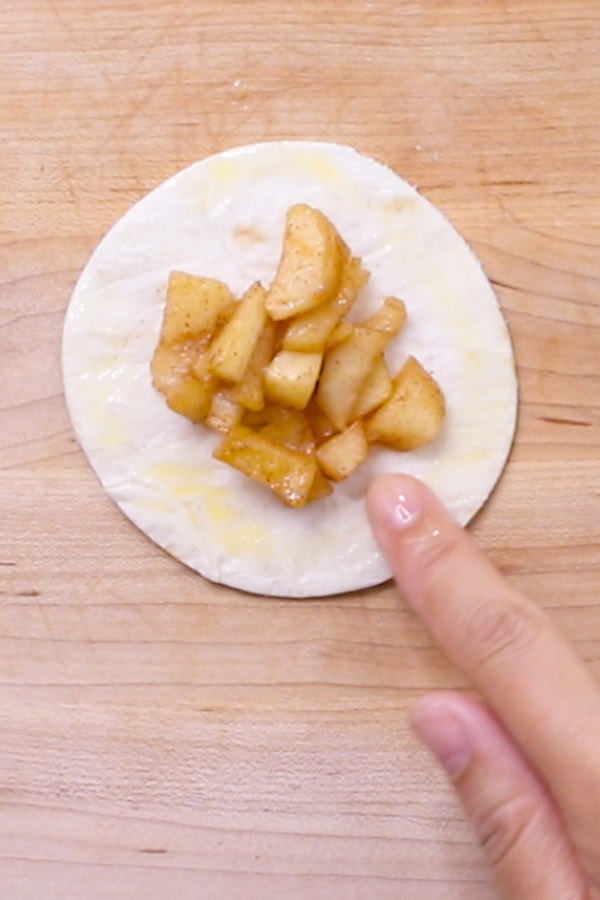 In a deep pot, heat the oil to 375°F. Deep fry the pie for about 3 minutes on each side until the crust turns golden brown.  Sprinkle with cinnamon and sugar. 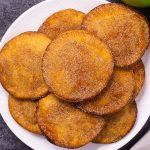