You may notice that some recipes call for heavy creamy while others require whipping cream. Is heavy cream the same as whipping cream? Are there any differences? In this post, we’ll share with you everything about these two popular ingredients.

What is Heavy Cream?

The cream is the name given to the dairy product made from the higher-fat layers that rise to the top of fresh, unhomogenized milk. When fresh milk is left to settle, the cream (which is less dense) ultimately rises to the top. In dairy factories, machines are used to speed up this process. Heavy cream is the very top layer, which contains the mostly fat. The USD regulates that cream must contain at least 36% fat to be deemed heavy.

What Is Heavy Whipping Cream?

Heavy whipping cream, also called heavy cream, is a milk-based product that contains 30-35% fat. When fresh milk is left to stand, a heavy cream rises to the top and can be scraped off. This thick cream is much higher in fat than other milk products such as whipping cream or light cream.

Is Heavy Cream the Same as Whipping Cream?

Wheat is a Good Substitute for Heavy Cream?

You can quickly make a DIY heavy cream as a replacement of heavy cream. These substitutes are perfect for soups, sauces, casseroles and any other recipe where whipping isn’t required. You’ll get a liquid consistency with a heavy fat content, similar to that of store-bought heavy cream. Here are some good substitutes:

This simple method works in a pinch using ingredients you already have. Combine 1/4 cup melted butter with 3/4 cup milk and combine well to make 1 cup of heavy cream. Always remember the 1:4 ratio.

Half and Half and Butter

Half and half contains a light cream, giving it a higher fat content than milk. Because of this, you’ll need less butter to make your heavy cream. Combine 1 part butter with 7 parts half and half.

While cornstarch won’t increase fat content, it’s an ingredient that will thicken liquids. Combine 2 tablespoons of cornstarch per cup of milk and stir until you see it thickening.

Due to the high fat content, both heavy cream and whipping cream are considered keto-friendly. However, as some brands may contain added sugar, make sure to check the nutrition label if you are on a keto diet.

Can I Substitute Half and Half for Heavy Cream?

Half and half is equal parts whole milk and a light cream. It contains about 12% fat, which is only one-third of the fat content of heavy cream. Half and half isn’t a great substitute for heavy cream, but you can combine it with butter for a DIY liquid cream.

Heavy whipping cream has a similar shelf life to other dairy products. It will last just under two weeks in the fridge and can be frozen for up to 3 months.

Can I Use Heavy Cream and Whipping Cream Interchangeably in Cooking?

Yes, they make great substitutes for each other in most recipes.

Where to Buy Heavy Cream?

You can find heavy cream in the refrigerated dairy section in most grocery stores. Usually, you find it among the small creamers- half and half, light cream and heavy whipping cream. 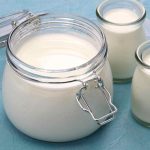