My youngest son, Ryan, is 8 1/2 and I’ve always called him the smartest kid I have ever known. Everyone that meets him always tells me what a big vocabulary he has and how smart he is. What’s funny is he didn’t start talking until after he was 3 1/2 (he tried before then but we couldn’t understand him so he went to speech therapy for a few years) but as soon as he could start talking, we could tell he was incredibly smart. 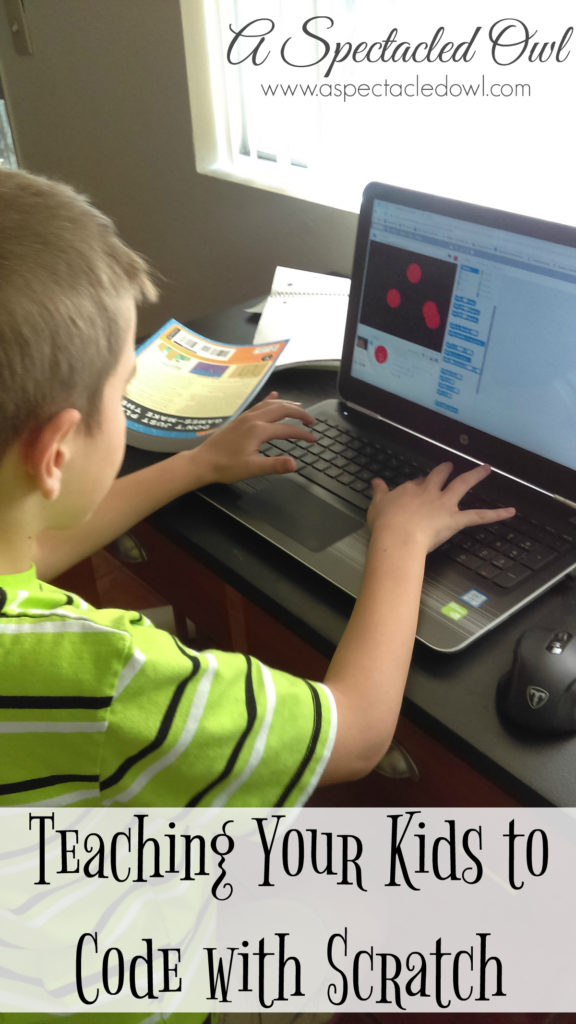 I’ve always said that Ryan has the mind of an engineer (just like his dad), so when he told me he wanted to start coding, I wasn’t surprised. I was, however, not sure where to go, what would be out there for someone his age or how I would even teach him how to code. We found out about Scratch and Ryan has been in Heaven ever since. Scratch (designed by the Lifelong Kindergarten Group at the MIT Media Lab) is a colorful drag-and-drop programming language, which lets kids connect blocks of code that create interactive stories, games, and animations. I love seeing his little brain work, creating things by coding them and watching them actually work and do what he wants them to do! One day, I asked him WHY he likes coding on Scratch. He told me that he loves moving the blocks around, making something on the screen and then actually seeing it work. 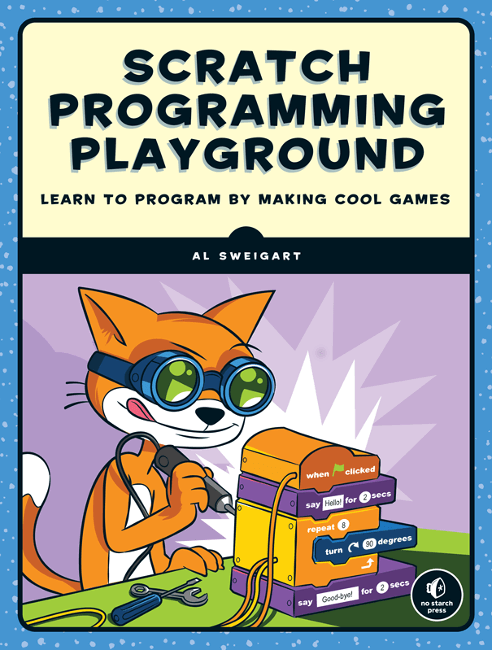 We were asked if we wanted to review a book about coding on Scratch and I knew Ryan would love to get it a try! Scratch Programming Playground: Learn to Program by Making Cool Games {affiliate} is a book from No Starch Press, which is known for publishing coding books for kids that are engaging and meant just for them. This book shows Ryan, in simple step-by-step instructions, how to make games that he already recognizes, like Fruit Slicer, Asteroids, Snake and a game that is inspired by Super Mario Bros. (one of his favorites). Read a free chapter now: Download Chapter 7, Fruit Slicer here.

I asked Ryan if he would like to share what he likes about coding, this book, and Scratch. Here’s what he typed up for me:

I like Scratch for the same reason I like coding: I can make anything I want. I like this book because it tells me how to code on Scratch. I learned something that was pretty cool, when you Shift-Click the green flag it goes into Turbo Mode. There are other things this book told me, like how to make a platformer. Almost every day I go on Scratch, and it is completely free. Now I want to go into Javascript and HTML coding. Block coding, by far, is the best and easiest type of coding. 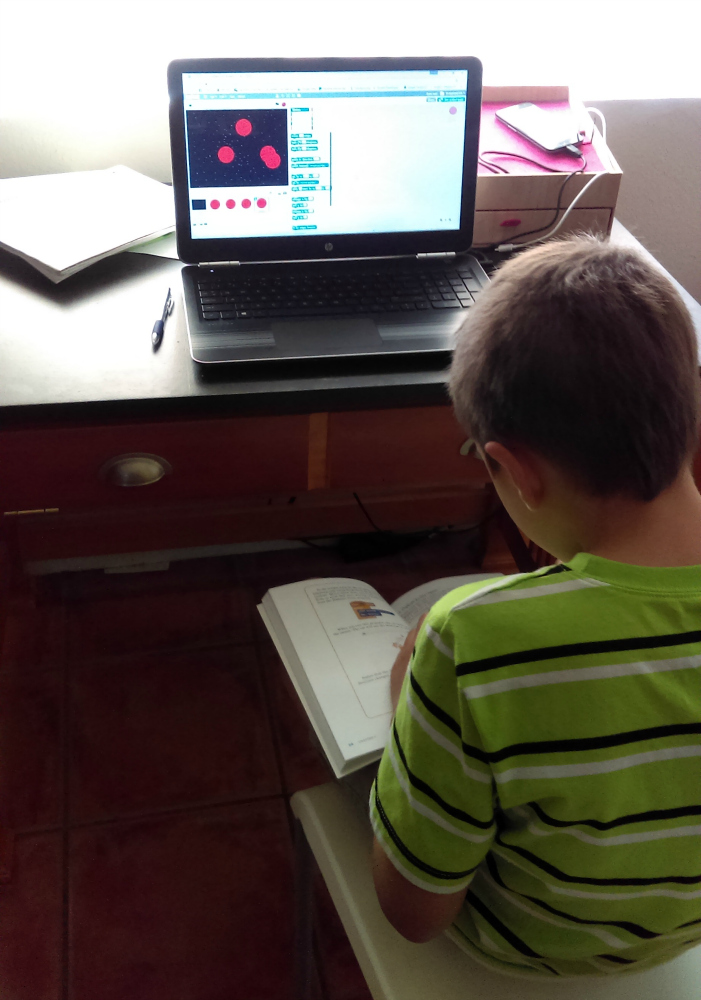 If you have a child that is interested in coding, I definitely recommend this book. Ryan loves looking through it and choosing projects to work on, then showing them to us. Other books from No Starch Press include: Learn to Program with Minecraft: Transform Your World with the Power of Python, Python for Kids: A Playful Introduction to Programming, Learn to Program with Scratch: A Visual Introduction to Programming with Games, Art, Science, and Math and Teach Your Kids to Code: A Parent-Friendly Guide to Python Programming.