I’ve been a mom for almost 14 years now & I still haven’t figured out what little boys do to wear out their shoes so darn quickly!  With my oldest (who will be 14 in Feb), he would always grow out of them so quickly, they would fall apart or he wouldn’t wear them because they were uncomfortable. My youngest is 4 1/2 and he is the same way.  Although with him, he’s even more on-the-go & active than my oldest.  He’s really rough on shoes (and the knees of his pants too!)

I’ve gotten Ryan a couple pairs of cheaper shoes lately & I haven’t been happy with the quality and he hasn’t been happy with the fit.  My friend Jesi from Kids, Clutter & Chaos wrote a great review about Twig Footwear and I headed over to their site to check them out.  I was really impressed with the high quality kids shoes that were shown on their website.  Ryan looked at the shoes and really liked the Lance shoe in black.  Having never bought shoes online for Ryan, I wasn’t sure what size to get him but Twig Footwear has a size chart that you can print out & will tell you exactly what size show your child needs! 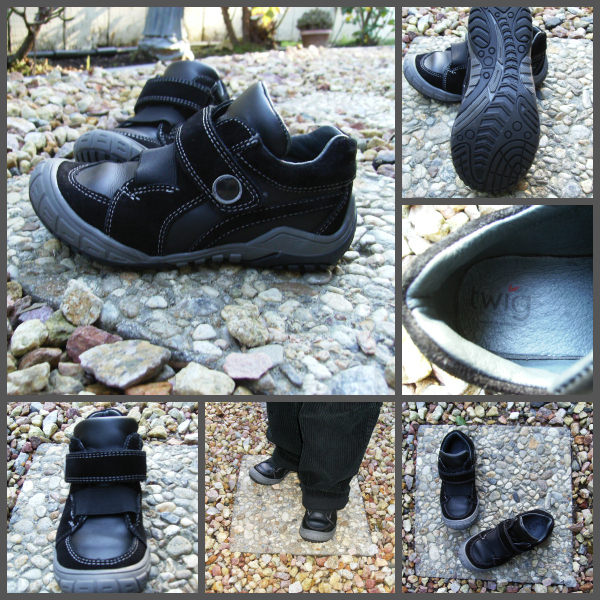 When Ryan’s shoes arrived in the mail, he was very excited to open them.  When I asked him what he thought about them he said “Cool”, which is a high compliment for Ryan 🙂  I love that the front of the toe has a “bump toe” so that the shoes won’t get scuffed.  The tongue of the shoe has a nice padding so they are comfortable for Ryan to wear for long periods of time.  I also like that the Lance shoe has velcro so Ryan has an easier time getting them on & off by himself, but they don’t look cheap or ugly like so many other velcro shoes out there.  The Lance shoe is priced at $60.95, but I can tell that these are going to last Ryan a lot longer than the cheaper shoes I have bought him in the past.

Twig isn’t just about making great looking shoes though.  The first thing you notice when you go to their site is you see their company name & the slogan “for HEALTHY feet” right under it.  Twig believes that you can make a great quality, comfortable shoe with the best natural materials, that will last & not need to be “broken in”, while still looking great & fashionable.  One thing I really admired about their shoes is that they look like kid’s shoes.  I can’t tell you how many times I have taken my daughter shoe shopping and been amazed (and not in a good way!) at the styles of shoes that are out there for kids!  At 10 years old, I don’t want her wearing heels, much less even younger, but they make them in her size!  She’s a little girl & I’d like her to stay a little girl as long as possible.  I absolutely love the Sasha & the Brooke style shoes.  Both look like something a young girl would love to wear but also make me feel great that she is wearing a quality shoe. 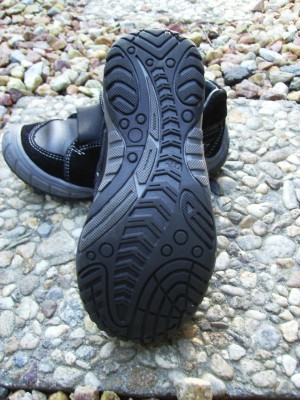 All Twig shoes are made from leather or canvas, which is breathable (did you know that the average child’s foot perspires a pint of moisture per day? I didn’t until I read about it on Twig’s site!)  Ryan has been wearing his shoes his shoes for 2 weeks now and he still loves them. Whenever I tell him it’s time to get his shoes on, he goes & picks his Twig shoes out, even though he has 3 other pairs sitting right next to them (he hasn’t worn any of them since getting his new shoes!)  On the second day of wearing his new shoes, his speech teacher was crouching down at his level, talking to him about class that day.  She looked down & said “Whoa!  Someone got new shoes!  Those are really nice looking shoes, Ryan!” and I made sure to tell her where she could buy some for her nieces & nephews.  Ryan was very happy with her compliment! 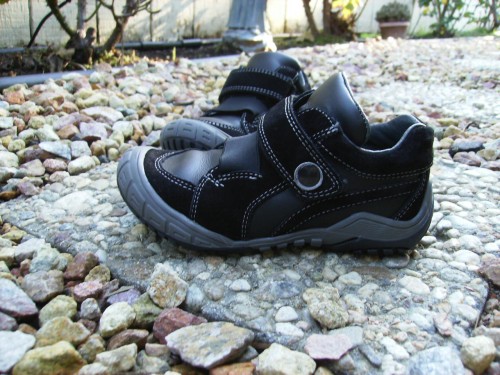 Please head on over to Twig Footwear’s site and check out the great kids shoes they carry.  You can also LIKE them on Facebook & FOLLOW them on Twitter.  Please let them know that Tara from A Spectacled Owl sent ya 🙂