Every person in our family is some sort of gamer & lover of technology.  My husband Daniel has his Samsung Galaxy tablet,  I have my laptop and sometimes my phone (it’s a “smart”phone but is terrible so I need a new one or I’d be playing more games!), my 13 year old son Jared has his cell phone where he plays a lot of games and then there are the younger two kids, Ashlyn who is almost 10 & Ryan who is 4.  They usually want to go on my phone or Daniel’s tablet. Sometimes that’s not always doable if Daniel is working on his tab or my phone is dead (which is several times a day).

For the last couple weeks, our family has been testing out a new product called PlayMG.  MG (stands for More Games) is the first handheld, portable Android gaming system.  Basically, the MG lets you play all Android games you’d be playing on a phone or tab, watch Phineas & Ferb on Netflix, even check your email if you have wifi, but with NO monthly charges like with a smartphone.  Wouldn’t it be great to get your tablet/phone back from the kiddos and have them play on the MG instead?  You may actually get to check your email or make a phone call once in awhile! 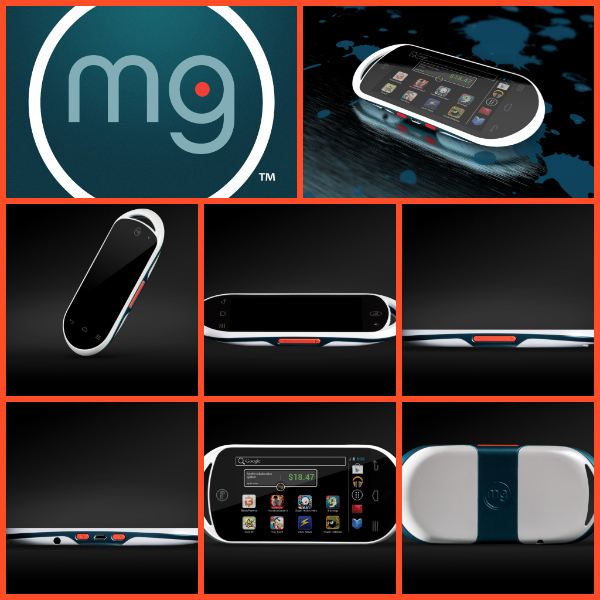 The MG lets you connect right to the Google Store and download any app.  We have mostly been downloading the free apps.  However, MG also has a really interesting feature that I love.  MG has teamed up with BillMyParents SpendSmart Prepaid MasterCard, letting you put money from birthdays, chores, etc. right into an account and your kids can download the games they want.  I like this because, say my daughter has $15 to spend, it’s up to her to decide what to spend the $15 on (within reason, of course!).  Once that $15 is gone, she isn’t able to download any more paid games until she does more chores, cleans up her room, finishes her homework without grumbling…you get the picture.  Not only does she get the games she wants, she’s learning how to manage her money. Bill My Parents is free for the trial period of 30 days, then there is a $3.95/mo fee.  You can learn more about the fees here (top right corner).  When you add $10 for the first time, they will match that & put $10 into your account as well!  You don’t have to sign up for the prepaid card though.  There are so many free apps out there!

The MG game system has a feature called MG Family Collaboration.  It allows you to see the games your child/teen has downloaded, opened & played.  You can opt-in to get a weekly email of the activity that happened on the MG.  You can even get instant text alerts that let you know that a purchase has happened.  This is so important to teach your kids internet safety & responsibility but still ultimately being in charge of what they download & see. 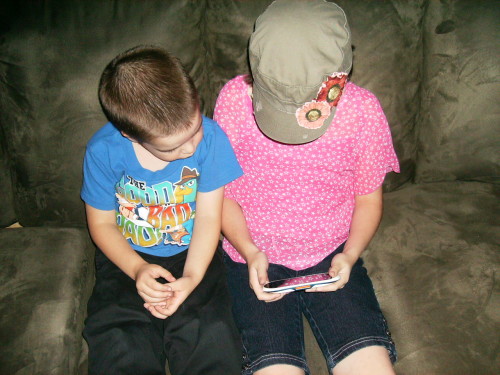 Another great feature is the MG comes already loaded with 11 premium games from places like EA and Com2us!  Some of the games are Slice It!, Super Action Hear, NBA Jam & 9 Innings Pro Baseball 2013!

Included with your MG is a FREE 8GB SD card (there are already 2GB of memory in the MG, for a total of 10GB!).  it’s super easy to install and you can buy an even bigger one if you want!  My son has the same smartphone I have and he is always running our of room, having to delete apps to get another one, etc.  The MG makes it easy to add more apps if we want to by adding an even bigger SD card. 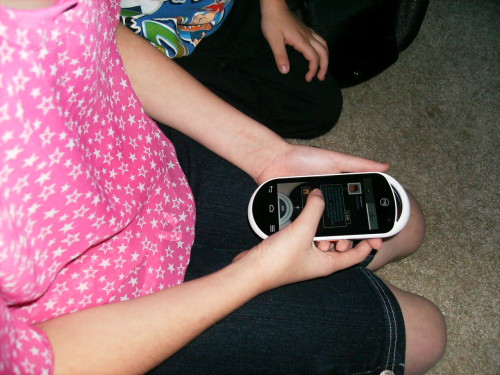 The MG has many great features that will appeal to kids/teens.  There is a front-facing camera, an opening at the top for a lanyard, screen brightness control, headset jack (THANK YOU!), micro USB port, a 4-inch touch screen and more.  The MG doesn’t come with a charger (we got to meet with the company’s CEO and he explained that we all already have so many chargers in our home, he didn’t want to add another one to the mix.)  The MG charges with a standard cellphone charger (we have 2 in our home already that do the job.) 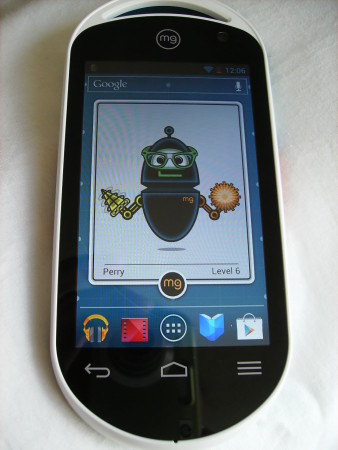 My 4 year old, Ryan, loves a part of the MG called MG Origins.  It’s a robot that has you do missions and when these missions are completed, you get more parts (funky arms, smiles, bodies, etc.) for your robot.  For the first missions, you are taught how to open an app or how to download an app from the Google Play store.  There are currently about 60 missions but we were told that there is going to be an update & it’s even going to allow parents to input missions. For example, the mission may be to have your kids take out the trash & when they do it they get something for their robot. 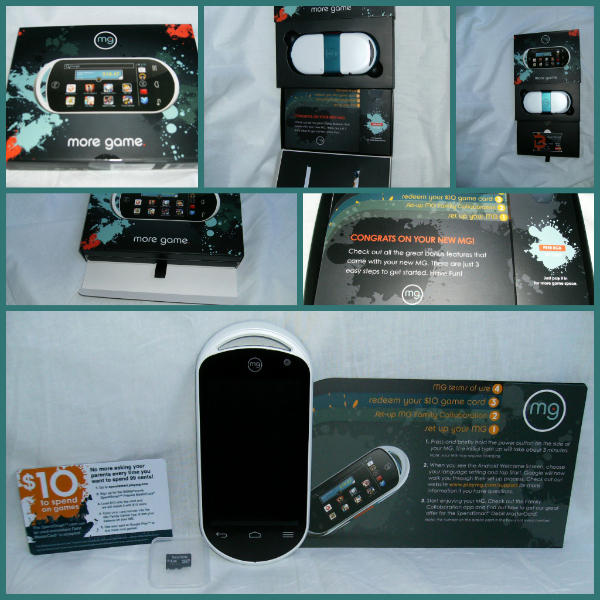 One last thing I love about the MG is going to sound weird but it’s true!  I love the box it comes in!  I’ve never seen anything like it.  The box looks normal until you open the bottom of it & then there is a little ribbon that you pull.  Once you pull it, it’s almost as if you pulled out a little cardboard drawer. On top of the “drawer” is the Prepaid Mastercard and then you open that and underneath is the SD card and little cards stating the key points of the MG.  I think it’s just a really great touch and made the MG stick out in my mind as soon as I started opening it.

The MG does come in only one color but MG has just come out with these great covers in different colors.  Manufacturing the MG in just one color helped to keep the cost down and having the opportunity to change the cover is a great idea!

If you are looking for a great Christmas gift for your kids, you can’t go wrong with the MG!  You can buy your own MG on their site or on Amazon

.  Come back tomorrow and hear about our trip to the MG office, where we got to learn about the MG from the creators & each of my kids are going to write their own reviews about the MG!  You can also check out the press release that I was quoted in!