I am a member of the Collective Bias®  Social Fabric® Community.  This shop has been compensated as part of a social shopper amplification for Collective Bias and its advertiser.

I am admittedly not the most knowledgeable person when it comes to cell phones & cell phone plans. I’ve been with the same prepaid carrier for many years, I’ve only really had two smartphones and while we no longer have a house phone, I don’t use my cell phone to talk all that much (although I do love to play a mean game of Candy Crush or Pet Rescue Saga on mine!) But, as our older 2 kids are getting older (they’re 11 & 15), my husband and I have been talking about getting a family plan and getting them cell phones as well. Right now, neither of them have cell phones because they’re both homeschooled and with us a lot of the time, plus we’ve found it’s really expensive to get one of the family plans! I mean, I don’t know about you but I don’t want to pay $180/mo on cell phone bills! My goal was to find a great service with unlimited talk, text and data/web without breaking the bank! 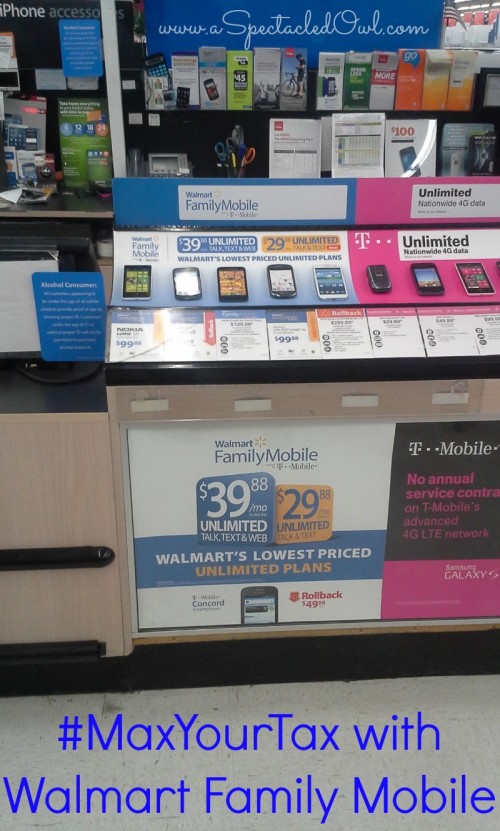 I did look around at some carriers and we decided we’d hold off for right now on getting the kids their own cell phones because nothing was working for our price range. Then, when I was shopping at Walmart, I noticed a sign that they have their own cell phone service called Walmart Family Mobile. My husband and I decided that I’d be the guinea pig before buying new phones for everyone so I headed over to Walmart and chose a phone. I chose the Samsung Galaxy Exhibit because it’s very much like the phone I already have, just a newer version. I personally didn’t want to learn a whole new phone & where everything was on the phone so it was perfect for me.  The Samsung Galaxy Exhibit was $99.88 but Walmart has phones ranging in price from $19.88 on up (and many under $100, which I loved) or you can bring your own phone and use their service (which, by the way, is powered by T-Mobile). 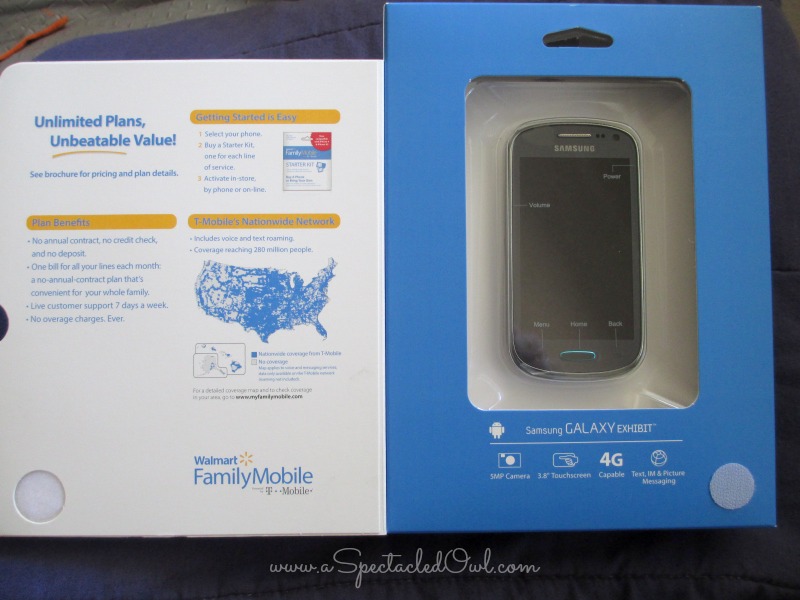 Along with buying your phone at Walmart, you will also need to pick up a Starter Kit. The Starter Kit’s cost $25, include your SIM card, instructions on activating everything (which I did online & it was SUPER easy) plus it also includes your first month’s service! All that for $25! If you’re activating more than one line/phone, you’ll need a Starter Kit for each one. 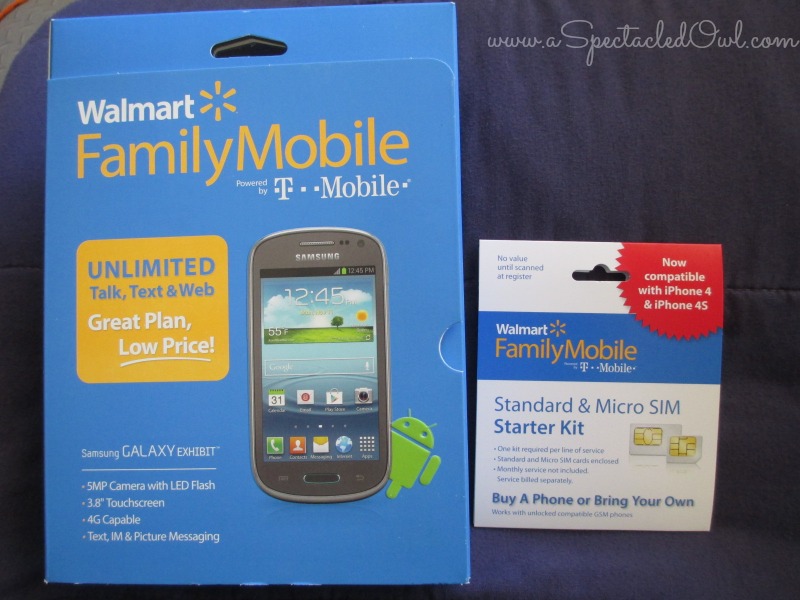 You’re probably wanting to know how much the monthly charge is right? For $39.88, you get unlimited talk, text & web (up to 2.5 GB of 3G data) or if you just want talk & text, you can get that unlimited for $29.88. Then, the great part is that you can add up to 4 more lines and you can save an additional $5 on each line. So really for the kids, I only want them to have talk and text on their phones, so that would be $24.88/mo each! If you’re on a budget like we are, the Walmart Family Mobile plan makes a lot of sense with affordable phones and affordable monthly payments. I need a phone that is reliable and allows me to check email, post things to Facebook or Instagram, take notes on blog related issues and so much more. My new phone is perfect for that & I know that I’m not going over budget to make that happen too. 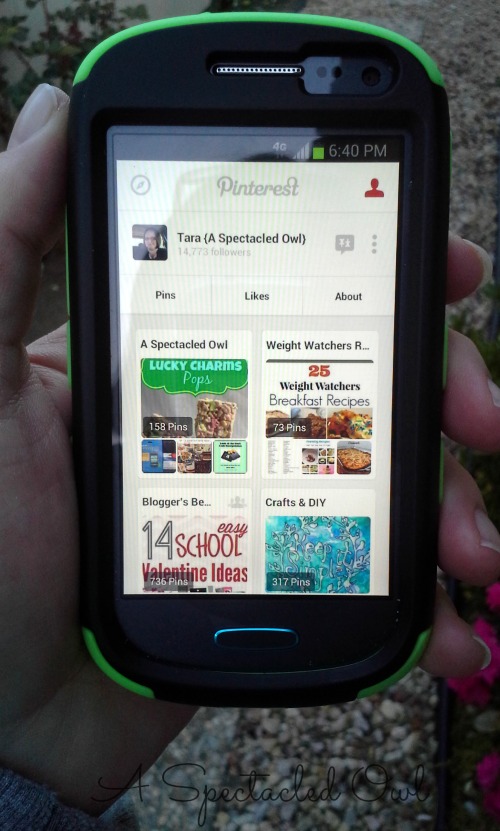 Now that we’re in the middle of March, we’re deep into tax season. What better way to use a little of your tax return than to buy a new phone & start a new cell phone service? With Walmart #FamilyMobile, you won’t have to spend a lot of your return and be able to #MaxYourTax! You can do what I did and buy a few accessories too! Being a mom of 3, I’m on the go a lot and decided it was time to get a wireless headset so I can take calls when I’m driving my kids here & there. I also bought some Google Play cards because I do love downloading new apps & games! While I didn’t find a case I loved in the store, I did find one of Amazon that had owls on it (big surprise, huh?). You can see the picture below and I can’t wait for it to arrive in a couple days so I can keep my phone safe (I’ve been known to drop phones quite a bit). Speaking of, when I purchased my phone at Walmart, I also paid $9 for a protection guarantee. If I drop my phone and need a new one in the next 2 years, I’ll be sent a gift card so I can purchase a new one! Gotta love that! 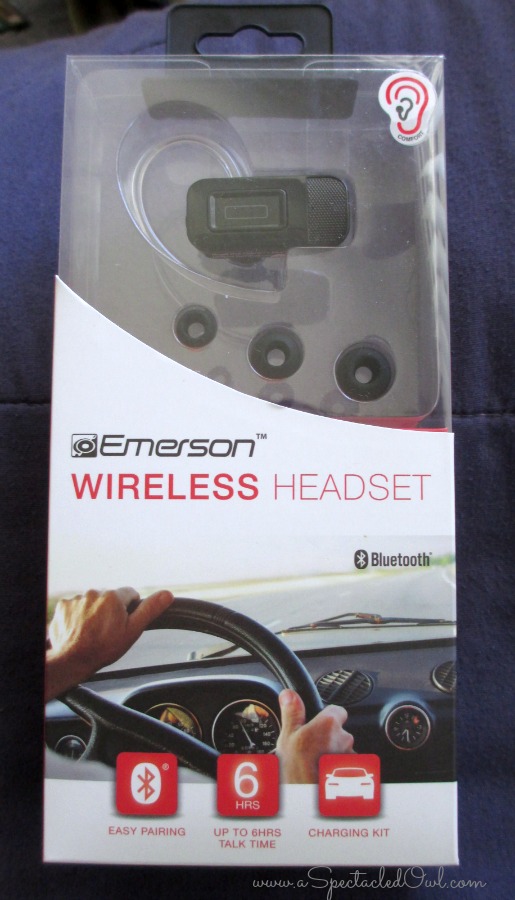 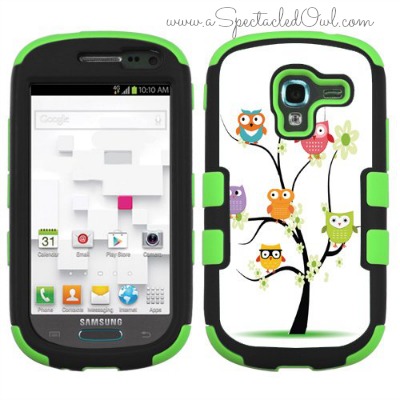 I am a member of the Collective Bias®  Social Fabric® Community.  This shop has been compensated as part of a social shopper amplification for Collective Bias and its advertiser.