In our house, video games are HUGE. With three kids of various ages (18, 14 & 9), we’ve seen many games and many gaming systems. My youngest son, Ryan, is very much into his Nintendo 3DS and loves being able to take his video games on the go with us. He was recently sent a brand new game for his 3DS and he decided that he wanted to write a review all his own. He already has his own Minecraft blog that he writes on, so this was such a thrill for him. 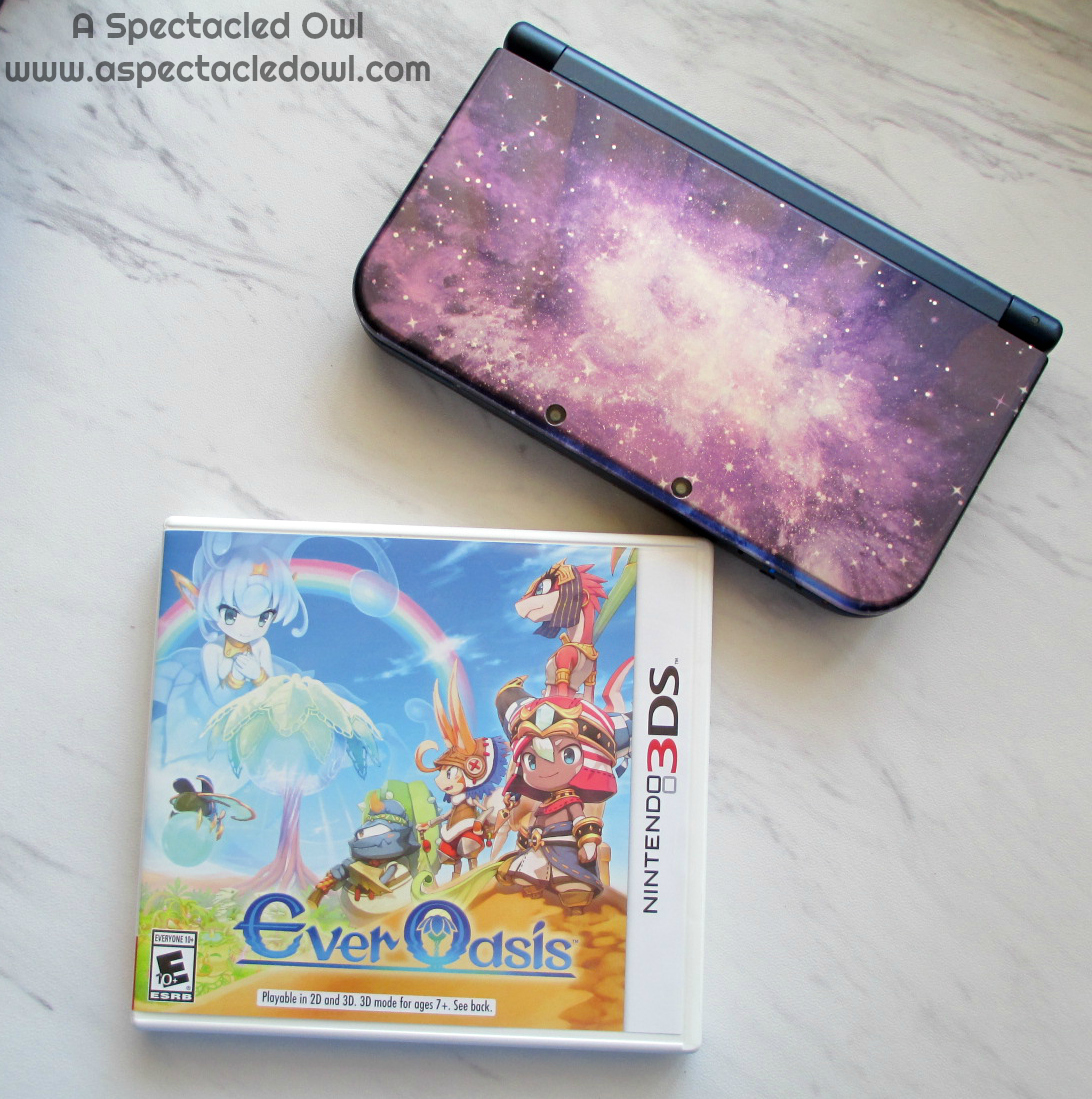 A little about the new game…it’s called Ever Oasis and it’s the newest role-playing game from Nintendo. The setting is a magical world with a cast of amazing characters. The gameplay itself is fun and challenging and you’ll love it if you’re into role-playing games. If you’ve never played one before, this game is a great one to start with!

Ever Oasis is set in a vast desert, where you’ll solve puzzling dungeons and you can ever create your own magical oasis. This game is rated Everyone 10+.

How do I start? OK, I will start at the beginning. First off, the graphics are BEAUTIFUL! Especially when you turn on the 3D. About 3 quarters was where I was playing at and it looked great! I loved the unrealistic look in the game. I think that might be why I love cartoons and anime. But anyways, I also like how it combines a RPG game with a Building game. Don’t want to continue to try to level up? Start building! Don’t have enough materials? Start fighting! This is one of my FAVORITE Nintendo games! And I have only scratched the surface!

I like the style of Bloom Booths and Deco Plants. It’s kind of like other building games, but the shops and other stuff are plants! Plus they actually look good! I mean, I know the ones in newer games look good, but this looks WAY better. I also like that more means better! If you get more residents, you will upgrade your oasis, and you will get more “Rainbow Protection” which means more health for when you adventure out of your oasis! Which brings me to… 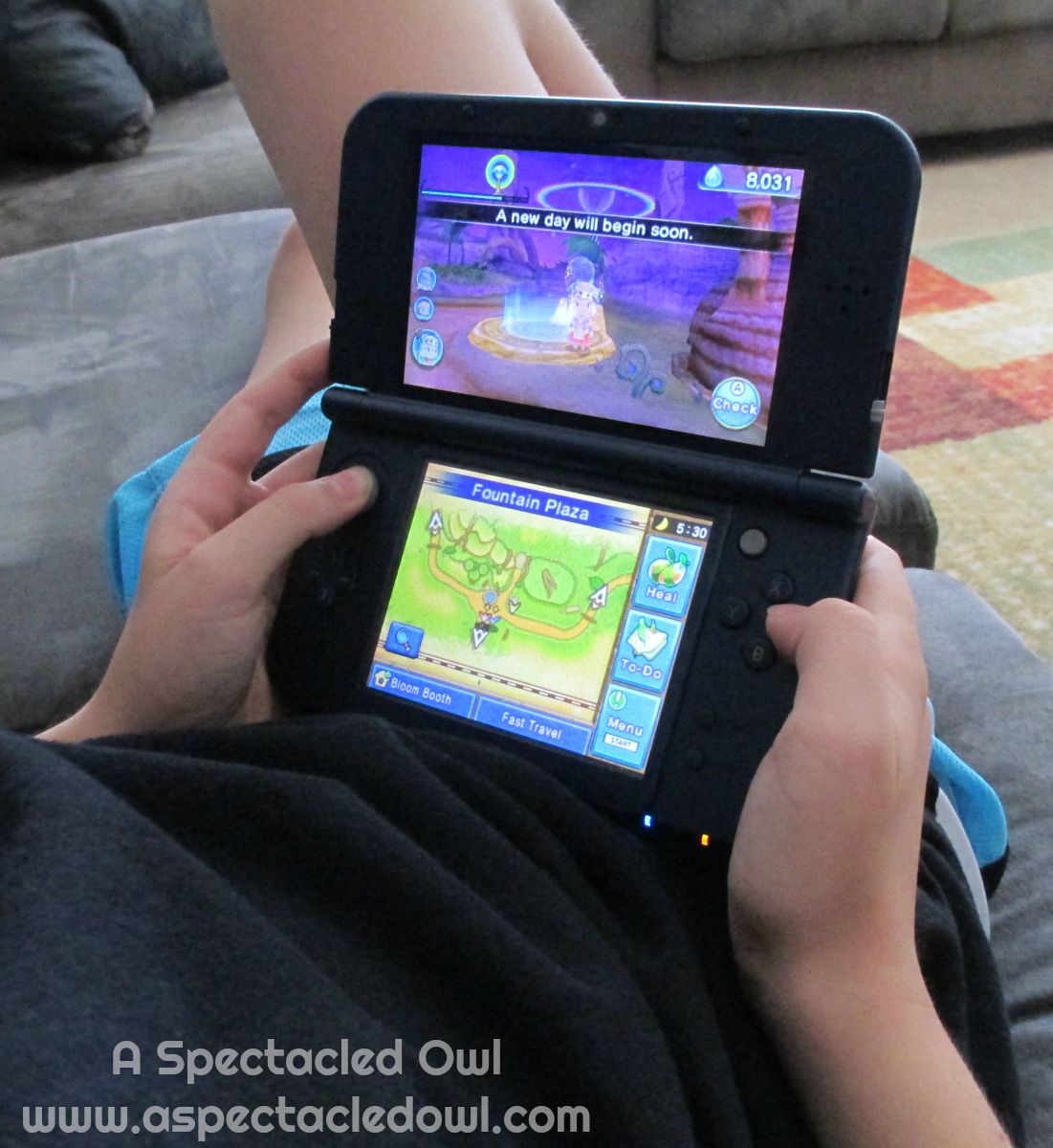 The battle that you are going to have. I like how you have two attacks, the Light Attack and the Heavy Attack unlike other RPG games that only have one. Plus combos for each on certain player levels. Also the easy targeting system. Press the L button. Not the enemy you wanted? Press the L button again. Still not the one? Keep on pressing that button until you get the right enemy. As simple as that. 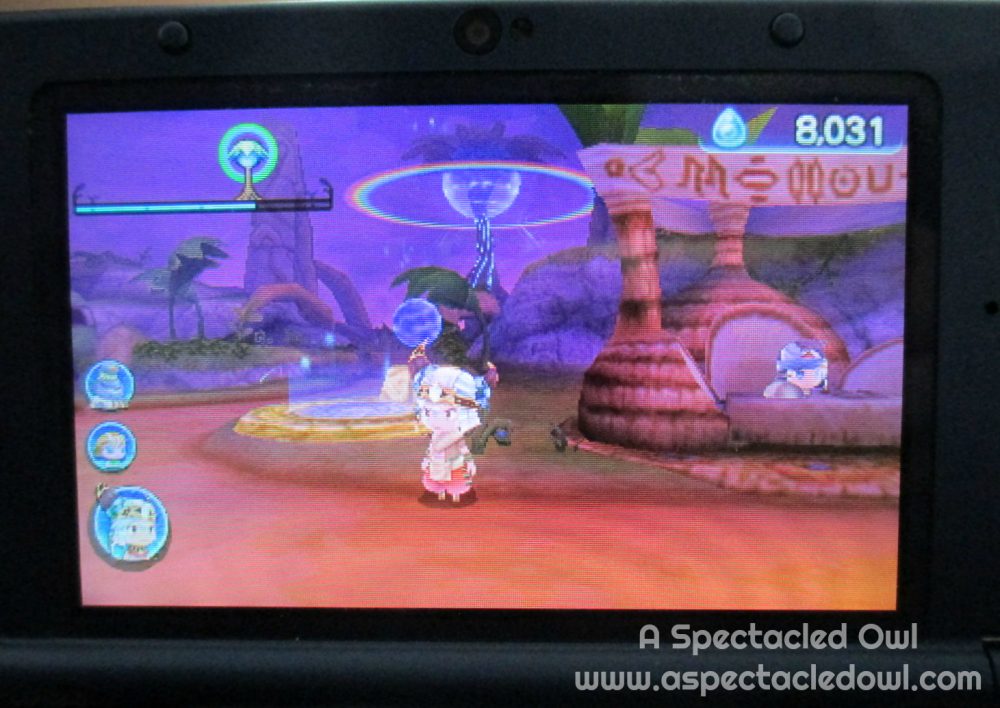 I like the first, what? 10 to 15 minutes of the game. First, a cutscene explaining the past (it was great). Then, some little job from your big brother A.K.A the chief of your current oasis. After you are done with that, you need to talk to everyone to make sure they are happy, kinda like Animal Crossing (all of them). Then there is some rumbling, and you and your big brother check it out. It is _________! (Sorry, but I can’t say what it is because it is a spoiler.) Pretty much, your brother traps you in a ball and pretty much gains super strength and throws it SO far away so that he can fight the thing. And I am pretty sure that there is almost no way that he could defeat that thing. 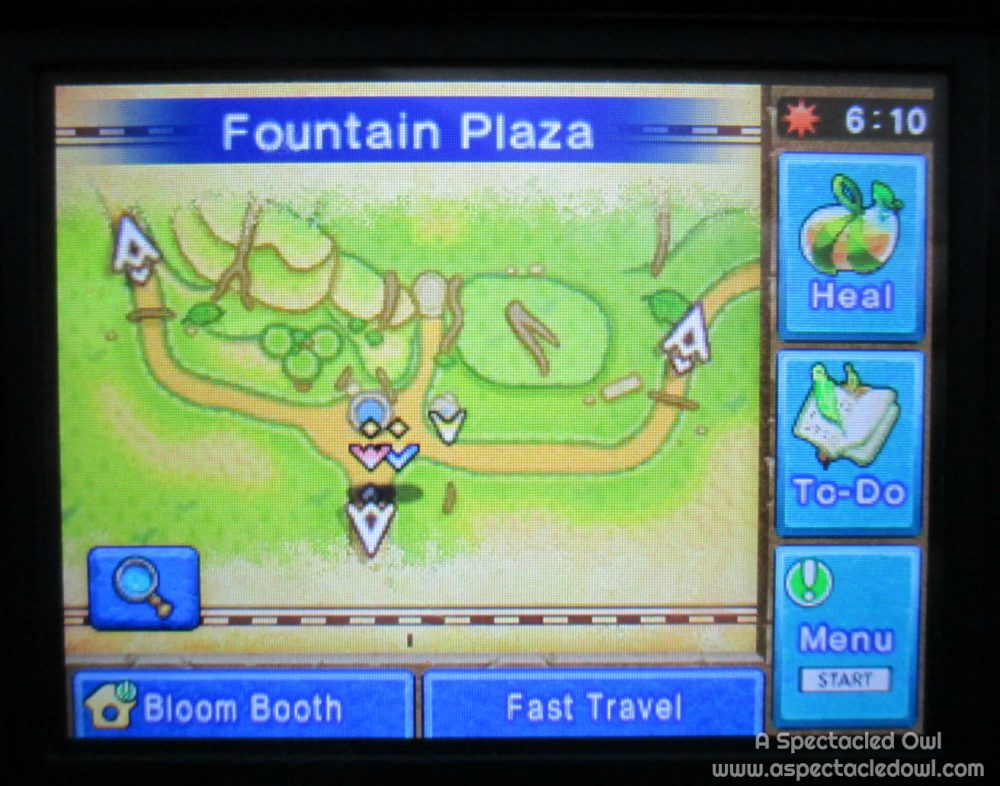 The story is crazy but great! There are no more oasis’s and you want to make one once you find this Water Sprite, because you need it to make one. You luckily land next to one in that same ball that also wants to make one. So of course, you and her make one and she kind of runs you through it. She also found a bug thing before you met her, and it is holding her… spirit? Uhh, OK Nintendo, since she can not walk on land.

Want to try Ever Oasis for yourself? You can find it on Amazon (affiliate link) and find out more info about this great game HERE.