Every parent learns certain life lessons from having kids and each child teaches their parent(s) something different than the last. That being said, having a child with ADHD is a very different experience and a special kind of challenge. 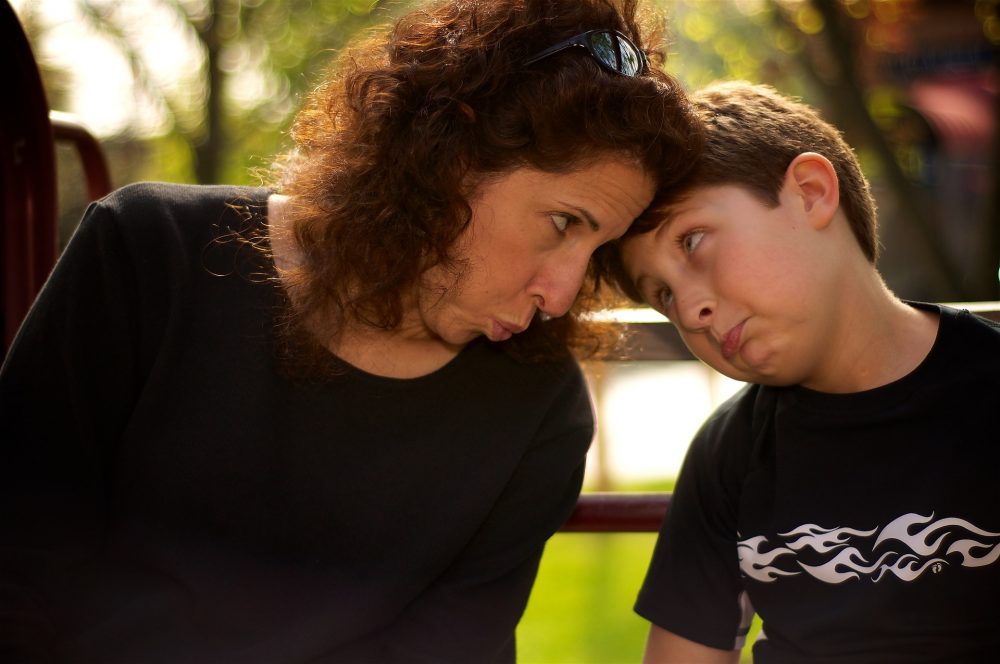 6 things I learned from my child with ADHD

ADHD is not just about hyperactivity and lack of focus and/or attention. Impulsive behavior, extreme feelings, literal interpretation of communication and difficulty remembering are constant battles.

Limited amount of control on all of those things can wreak havoc not only for the child, but on the entire family and that seems to be what other people see when they look in from the outside.

What they don’t see, are all the things my child has taught me due to a diagnosis that does not define him nor shape who he will grow up to be. Here are the 6 things I learned from my child with ADHD.

Being a parent means having your patience tested. Parenting a child with ADHD poses additional challenges. My son does not learn quickly from his mistakes, needs constant reminders.

He has trouble controlling impulsive behaviors. Being frustrated was an understatement until I learned that he needed me to keep trying, keep pushing forward, keep reminding.

I tried to imagine how frustrated he must have been that he was receiving consequences for actions he couldn’t control. Since then, I have found a level of patience I didn’t know existed.

I found that his triumphs were also my own and together we grow with understanding and look for new ways to improve ourselves.

Making friends is hard. Keeping those friends when you are flying through a classroom like you’ve got a fire in your pants is even harder.

I have watched the struggle for a very long time and see which children have stuck by him and from that I have learned what being a friend really means.

True friends tap his shoulder so he stops hitting his pencil on the desk, they remind him to get his wobble seat from class to bring to music, they help keep him level and calm when his emotions fly.

True friendship moves us forward, they keep us sane and they help us succeed.

The truth about perspective is that most people don’t have it. They usually can’t see past their own problems to realize that, in general, their boss not saying thank you is pretty tame.

When you watch a child struggle every day to sit long enough to read one sentence, you realize that there are so many things that most take for granted.

I don’t sweat the small stuff anymore and while the person in front of me is getting mad their latte isn’t quite right, I enjoy the 5 minutes in line where my Tasmanian devil is actually standing patiently for the first time in a week, holding my hand and talking my ear off.

Decision-making is a skill that I have mastered over the last few years. Quickly assessing a situation and coming to a decision is the only way we get through the day in one piece. One wrong move and it could be meltdown city.

We pack smarter, we choose more wisely and I pick which battles to fight and when to fight them. The bonus is that in teaching myself how to make quick and rational decisions, I am also modeling them and that is a life lesson from which we are both gaining experience. It’s even become a useful skill when picking a place to eat for dinner.

Accepting a situation does not mean you agree with it or like it. Instead, it means that you understand what it is and therefore are able to work with it.

I have learned to accept the things that I cannot control and neither can he. I may not like that he needs an extra ten minutes to get ready every morning or that he sometimes needs to stand at the dinner table, but I accept that those things make his life a little easier and help him to function.

I accept that sometimes between math problems, he has to do 10 jumping jacks so his energy doesn’t build so high he feels like he’s going to explode. I accept that what I thought being a good parent was, isn’t what he needs and that other people’s opinions don’t actually matter.

Goal-setting was likely the toughest lesson I’ve learned, as creating achievable goals in a time frame that matters for an ADHD child is like diffusing a bomb with no wire cutters and having to remember red wire or black.

Using SMART goals helped, but I learned that I could not create his goals without his input. We regularly use short-term, measurable goals to reinforce behavior modification.

Its a skill that I have put to use in many aspects of my life and I am grateful to him for helping me learn best practices.

The one thing about my child with ADHD is that he just keeps trying. He gets frustrated and he has meltdowns, but he does not give up.

He fights through every single disappointment, every person who glares at him because they don’t understand, every burst of energy that sets his soul on fire. He doesn’t stop. He will continue to try and fight until he’s worn himself to the ground if I let him.

His literal thought process provides him with a different view of what is right and wrong and he won’t stop until something that is wrong is fixed. His mentality and drive are of a future thought leader. I admire his strength and continue to learn through his perseverance.