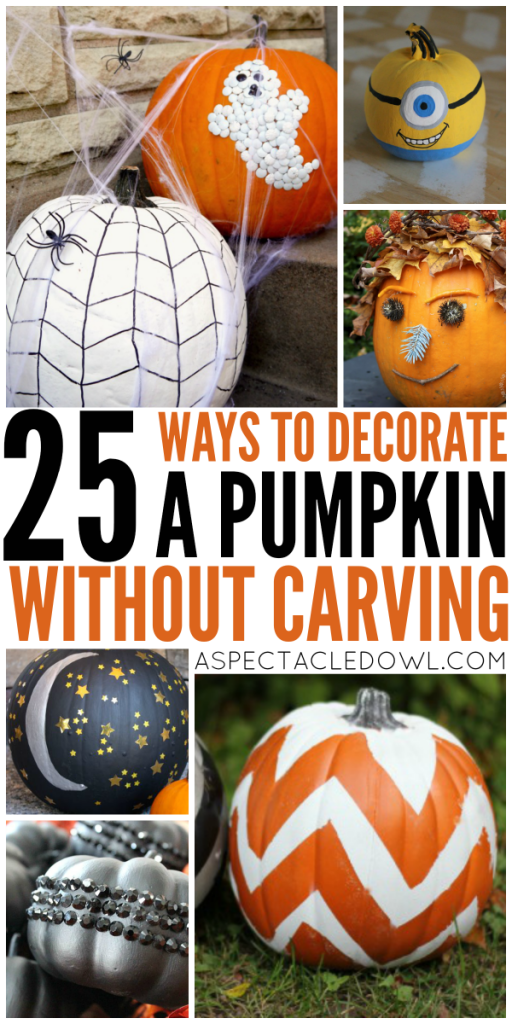 I have a confession…I have no interest in ever carving a pumpkin again. There, I said it! I’ve always hated doing it and plan to never do it again. Oh sure, there were years that I got so excited about it, bought the pumpkin and the knife/patterns/scooper that I needed, got all ready to carve with the kids…and they were bored 5 minutes into the process. I was always left pulling the guts out of the pumpkin, carving it, setting it outside and then forgetting about it for a month until it was all shriveled and moldy.

A couple years ago when I told the kids we wouldn’t be carving pumpkins anymore, I thought they would be upset but surprisingly, there were totally ok with it. Now we try to come up with fun ways to still decorate a pumpkin without carving it. I love the different ways that people have come up with to decorate a pumpkin without having to carve it and wanted to share 25 ideas with you!